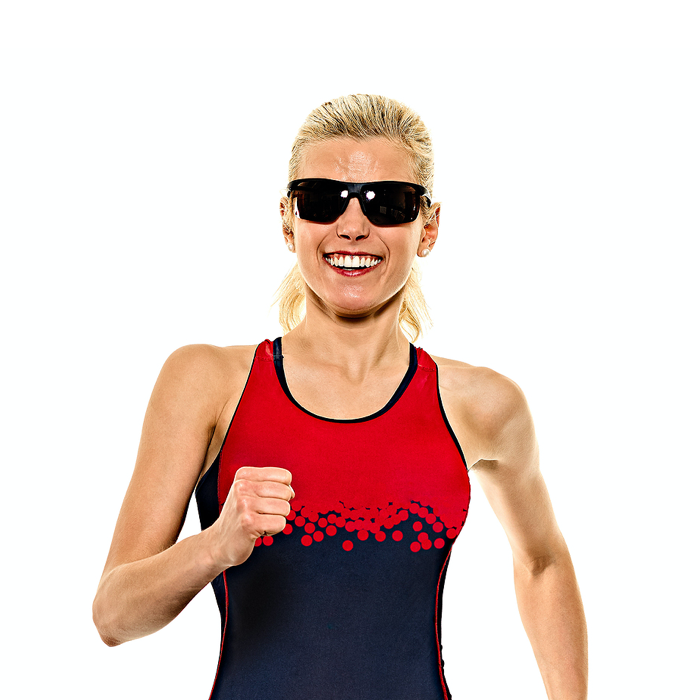 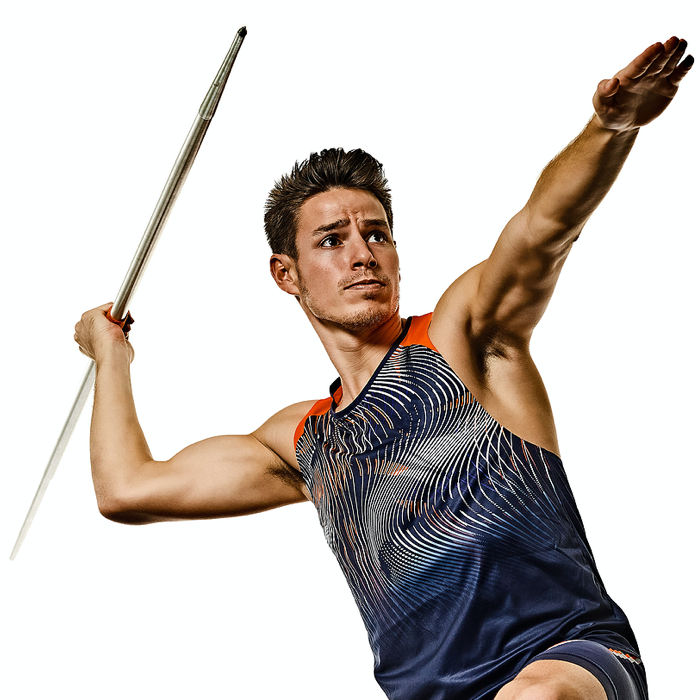 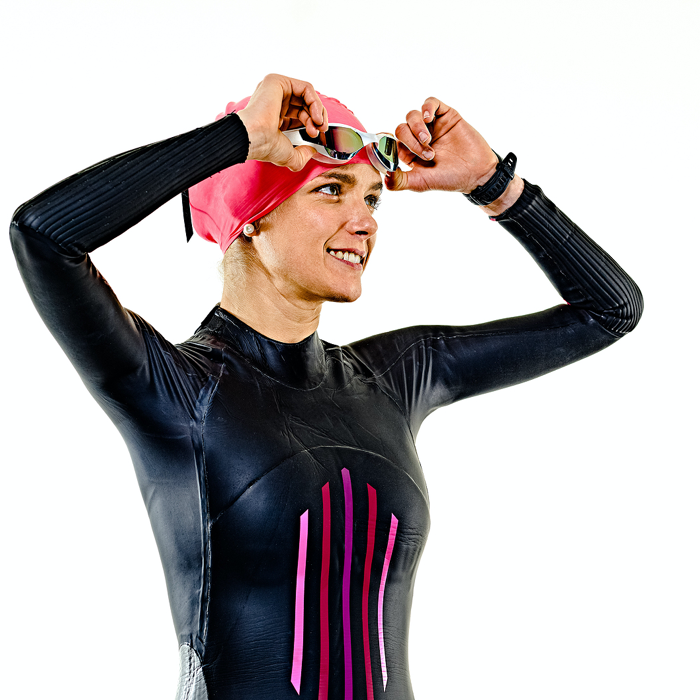 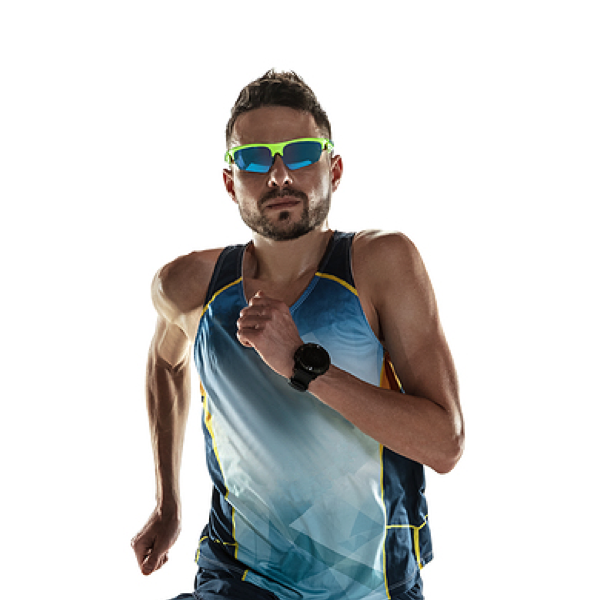 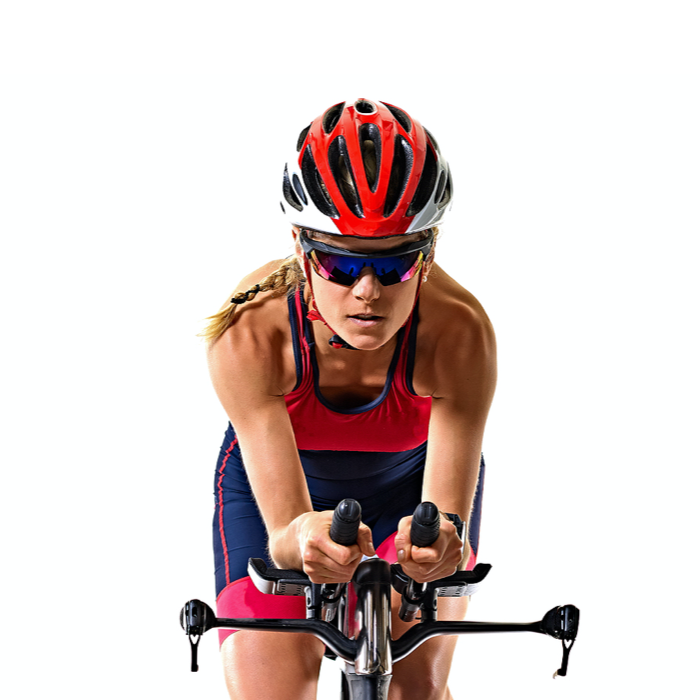 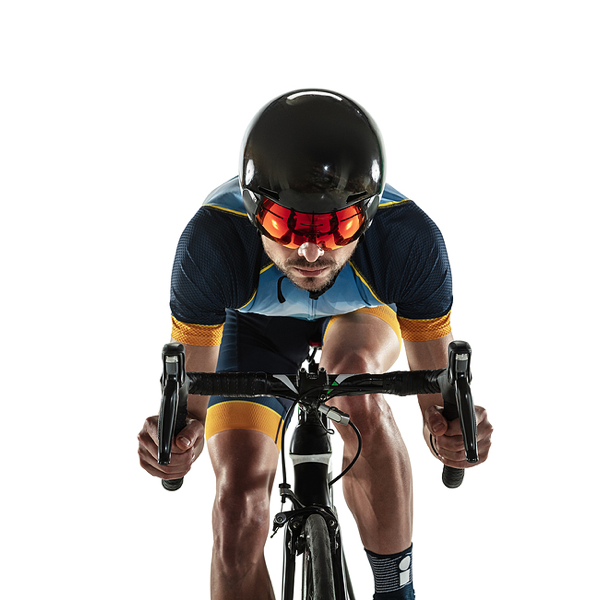 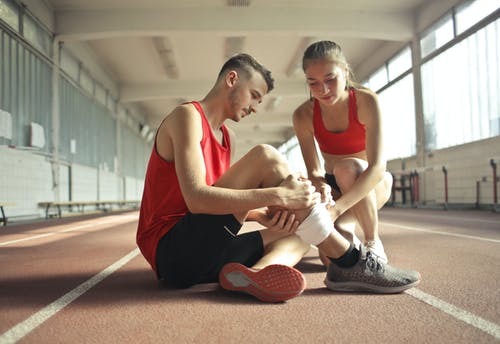 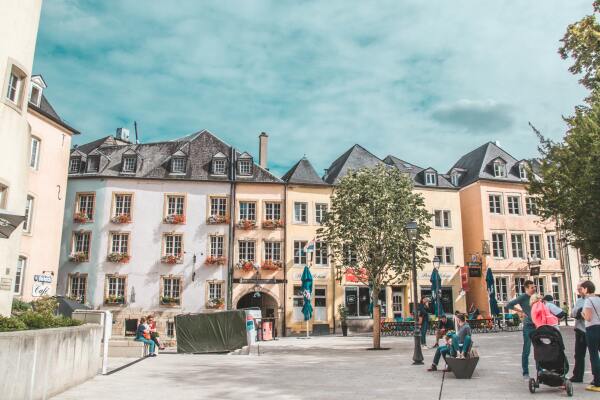 Running is characterized by the repetition of many, almost identical movements with limited variations (Mann et al., 2015). During the stance phase of each step, a ground reaction force (GRF) is applied to the body. The shape of the vertical component of the GRF over time is approximately that of a mass-spring impact (McMahon and Cheng, 1990). In most runners, two distinct peaks are easily detectable on a plot of the vertical GRF vs. time (Malisoux et al., 2021). The first peak (Fz1, often termed vertical impact peak force) occurs within the first 50 ms after initial contact and is referred to as the impact peak, while the second peak (Fz2) occurring approximately at mid stance phase is referred to as the active peak. Fz1 originates from the rapid deceleration of the support leg segments at initial contact, although the magnitude of the peak mainly depends on the contribution of the rest of the body. Fz2 is associated with the active motion of the rest of the body when the center of mass reaches its minimum vertical position during the stance phase (Bobbert et al., 1991). While Fz1 may not always be visually detectable in time-domain plots in runners with specific foot strike patterns (i.e., mid-and forefoot strike), (Lieberman et al., 2010), some studies provided evidence of a vertical impact force in all strike patterns (Gruber et al., 2011, 2017).

The cumulative load applied to the musculoskeletal system resulting from several thousand steps taken during each training session may lead to an overuse injury, especially if inadequate recovery is provided between stress applications (Hreljac, 2004). For decades, it has been assumed that some running-related injuries are typically associated with the landing phase (e.g., stress fracture, tendinopathy), because of the stress resulting from the collision between the body and the ground (Cavanagh and Lafortune, 1980; Bobbert et al., 1991; Wit et al., 1995). The main arguments are that forces observed during distance running are 1.5–2 times larger than those occurring in walking, a rapid increase in force immediately follows initial contact, and a runner covering 20 km per week will cumulate more than 10,000 impacts on each leg over a seven-day period. During the landing phase, eccentric contractions are observed in some of the muscles controlling the movement (e.g., ankle-dorsiflexors or plantar flexors depending on the foot strike pattern, quadriceps muscles), which may cause large forces and high internal mechanical stress (Bobbert et al., 1991). Large muscular forces may also cause high stress on the tendons and their bony attachments. Consequently, biomechanical factors related to vertical GRF have often been studied during running, with Fz1, Fz2 and loading rate being among the most investigated variables.

Surprisingly, the current knowledge on the relationship between impact force characteristics, such as Fz1 or vertical instantaneous loading rate, and injury risk is still inconsistent (Nigg et al., 2015; Theisen et al., 2016; Ceyssens et al., 2019). This is mainly due to small sample sizes, as well as differences in the populations investigated and study designs in research conducted so far (Nigg et al., 2015; Theisen et al., 2016; Ceyssens et al., 2019). Grimston et al. (1991) already observed a greater Fz1 in female runners with a history of stress fracture compared to non-stress-fracture runners, although the question whether these greater forces are a cause or a consequence of having suffered a stress fracture could not be addressed with such a study design. 25 years later, a meta-analysis confirmed that loading rate was higher in runners with a history of stress fracture (van der Worp et al., 2016). A similar effect was found from the studies that included runners with all running-related injury types compared with those without injuries. However, these conclusions are mostly based on case-control designs. A prospective study investigated impact forces as a potential injury risk factor in female runners, but no difference was observed between injured and uninjured runners (Davis et al., 2016). Secondary analyses showed that Fz1 and loading rates were greater in runners with a medically diagnosed injury compared to those who had never reported any previous injury. However, these results were based on a limited sample size (n = 32), the analysis was retrospective in nature, and running exposure (i.e., distance or hours of practice) was not taken into account, which severely limits the conclusions that can be drawn. Another plausible explanation for the inconsistent evidence could be that the relationship between impact forces and injury risk, if it exists, is not linear, but U-shaped. In this case, risk factors should not be analyzed as continuous variables, as in most previous studies, but instead be categorized using certain cutoffs (Bahr and Holme, 2003), thus transforming a continuous variable into a categorical or grouping variable. According to this method, runners with values in the upper or lower range of a given variable would be compared to a reference group, e.g., those with values within one standard deviation (SD) around the mean of the entire cohort.

Despite the absence of prospective evidence on the role of impact force in injury development, it has been suggested that paradigms leading to a decrease or elimination of impact forces, such as changes in strike pattern (Lieberman et al., 2010; Cheung and Davis, 2011; Daoud et al., 2012) or increased shoe cushioning (Richards et al., 2009) would reduce injury risk. For instance, a 2-week gait retraining program aiming at lowering loading rate was effective in reducing injury risk in novice runners (Chan et al., 2018a). The protective effect of greater shoe cushioning has also been recently demonstrated in a randomized trial including 800+ recreational runners (Malisoux et al., 2020), where the participants having received the Soft shoe version had a lower injury risk compared to those having received the Hard version (Sub hazard rate ratio–SHR = 1.52; 95% Confidence Interval−95% CI = 1.07 to 2.16; Soft shoe group is the reference), (Malisoux and Theisen, 2020).

In the same trial (Malisoux et al., 2020), all runners were tested in the allocated study shoes at baseline on an instrumented treadmill. One of the main findings was the greater Fz1 observed in the Soft shoe version (Malisoux et al., 2021). This may appear counterintuitive with regards to the initial goal of the cushioning systems (i.e., lower Fz1), but the observation was consistent with previous studies (Baltich et al., 2015; Chan et al., 2018b; Kulmala et al., 2018). An explanation for this “impact peak anomaly” has previously been provided (Shorten and Mientjes, 2011). The vertical GRF signal is actually a superimposition of low frequency (non-impact) and high-frequency (impact) load components (Shorten and Mientjes, 2011). In other words, the true impact force that originates from the collision of the lower leg segment with the ground is superimposed to the active force which depends primarily on the rest of the body (Bobbert et al., 1991). A previous study showed that softer shoes tend not only to attenuate the magnitude of the high-frequency impact peak, but also to delay its occurrence (Shorten and Mientjes, 2011). Consequently, the higher Fz1 observed in shoes with greater cushioning results from the greater relative contribution of the low-frequency load component to Fz1. Furthermore, Fz1 and loading rate were shown to be poorly correlated with tibial load bone metrics computed using a rigid body model (Matijevich et al., 2019), which suggests that Fz1 and loading rate may be unreliable indicators of musculoskeletal loading. Thus, the magnitude of Fz1 is not an appropriate indicator of impact intensity and running shoe impact alteration (Shorten and Mientjes, 2011; Matijevich et al., 2019; Malisoux et al., 2021).

Round table: Nutritional impact on injury preventions and immune system

Training During the COVID‐19 Lockdown: Knowledge, Beliefs, and Practices of 12,526 Athletes from 142 Countries and Six Continents