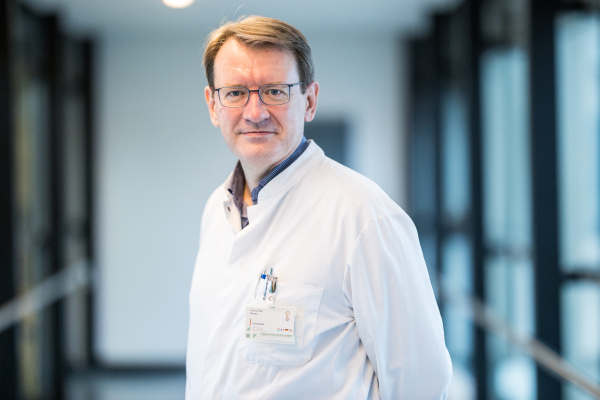 Prof. Seil trained in Belgium, Germany and USA. He wrote his doctoral thesis on meniscal repair in 2001 and his professorial thesis on pediatric anterior cruciate ligament injuries in 2003. He was appointed extraordinary professor in orthopaedic surgery at the University of Saarland in 2007. Prof. Seil has been working as an orthopaedic surgeon at the Centre Hospitalier de Luxembourg from 2004. His main areas of clinical and scientific activity are orthopaedic sports medicine, osteotomies of the knee as well as primary and revision knee arthroplasty. Prof. Seil is co-director in Luxembourg of the IOC Research Centre for Prevention of Injury and Protection of Athlete Health Network. He is co-founder of the Pediatric Anterior Cruciate Ligament (ACL) registry of the European Society of Sports Traumatology, Knee Surgery and Arthroscopy (ESSKA) and has recently been appointed to the scientific board of the Rizzoli Orthopaedic Institute, Bologna, Italy. He received several awards for
his scientific work, co-edited several books, (co-)authored several hundred peer-reviewed publications and book chapters. Prof. Seil is a founding member of the Journal of Experimental Orthopaedics. He is senior associate editor of the “British Journal of Sports Medicine – Injury prevention and Health Protection of the Athlete” (BJSM-IPHP); co-editor of the journals "Arthroskopie" and Sports Orthopaedics and Traumatology as well as editorial board member and reviewer of several scientific journals in orthopaedic surgery and sports medicine.

Prof. Seil is a member and honorary member of many national and international societies, among which the International Society of Arthroscopy, Knee Surgery and Orthopaedic Sports Medicine (ISAKOS) and the Anterior Cruciate Ligament (ACL) study group. He is past president of ESSKA, chairman of the ESSKA Foundation, president of the German-speaking Society in Orthopaedic and Traumatologic Sports Medicine (GOTS) and the Luxembourg Institute for Research in Orthopaedics, Sports Medicine and Science (LIROMS). He is a board member of the Sports Medicine Society in Luxembourg and the newly founded Luxembourg Institute of High Performance in Sports (LIHPS). He was an ESSKA-AOSSM travelling fellow in 2001 and godfather in 2019. From 2003 until 2005, he was chairman of the arthroscopy committee of the ISAKOS.